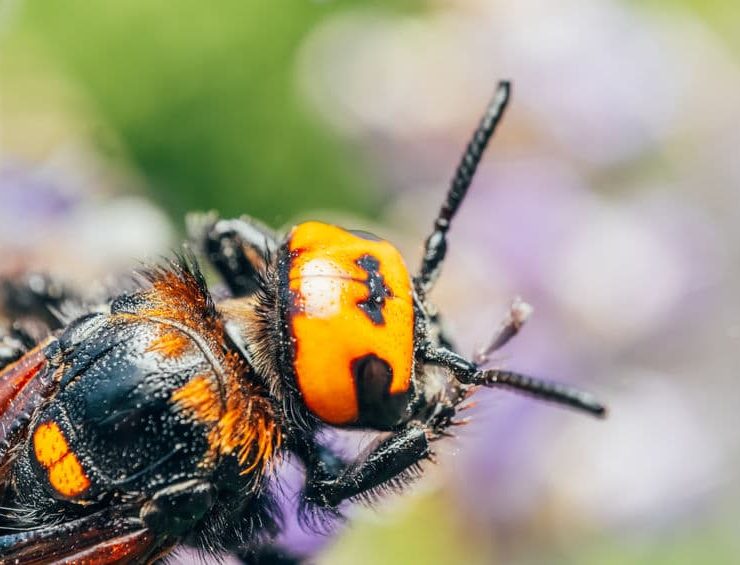 As a pest control company, we took a special interest in the news story that emerged last year about the arrival in the United States of the so-called “murder hornets.” It was one of the many sensational events that seemed to characterize the year 2020. However, almost as soon as the story showed up in news cycles, it then disappeared, leaving many people to wonder, “What ever happened to the murder hornets? Are they still here? Should I be worried?”

In our opinion, the murder hornet story was way overblown. Murder hornets were only ever spotted in the United States in the state of Washington. A hive containing approximately 500 hornets was found and destroyed back in October, and any threat the hornets pose to the United States seems to currently be under control.

What Is a “Murder Hornet,” Anyway?

The insects that have come to be known as murder hornets are actually called Asian giant hornets (Vespa mandarinia). However, “murder hornet” is much more dramatic (and newsworthy). As the name implies, this species of hornet is found mainly in Asia. They are the largest species of hornet in the world—about two inches in length, and they prey largely on honeybees. They can eradicate entire hives in a matter of hours. American honeybees currently have no defense against these predators. The Asian giant hornets’ deadly effect on honeybees is presumably what gave them the title “murder hornets.”

Are Murder Hornets Deadly to Humans?

As anyone who has been stung by an Asian giant hornet will tell you, it is extremely painful! However, it would take dozens of stings for them to be deadly to humans.

The biggest threat to humans would be the domino effect that would be set off if murder hornets take out a substantial portion of the bee population. When bees are eliminated, it negatively affects our food supply, including many fruits, vegetables, and some types of animal feed.

Will Murder Hornets Ever Come to Temecula?

Asian giant hornets thrive in mild, rainy weather, so it’s unlikely that they will ever come to Southern California on their own. In fact, given the average rate of spread for similar species of hornets, researchers have predicted that, if not eradicated, it will take up to 13 years for the Asian giant hornets to even reach Southern Oregon. Of course, that migration could be sped up if the hornets hitch a ride to California. (It’s speculated that they got to Washington and Canada via a cargo ship from Asia.) However, if they ever do make it to Southern California, they wouldn’t last long in our hot, dry climate.

All of this is to say that people in Temecula, Murrieta, and Fallbrook should not be worried about the so-called murder hornets. But if you do happen to see an exceptionally large hornet that’s more orange than yellow, you can contact the California Department of Food and Agriculture, and they can guide you on what to do.

For now, our pest control company will continue to focus on the type of hornets typically found in the Temecula, Murrieta, and Fallbrook areas, as well as other common pests.